Customer matched zone "United States (US)"
View cart “In a Righteous Cause by Talbot Mundy” has been added to your cart.

In the Shadow and Other Uneasy Stories by Tod Robbins

Bizarre masterpieces to make you shudder.

Strip away the façade of sanity and discover why C.A. “Tod” Robbins is considered a curator of malevolence. From the author of “Spurs” and “The Terrible Three,” sources for the classic horror films Freaks and The Unholy Three, comes this new collection of bizarre masterpieces to make you shudder.

Safe and Sane—The watchdogs of wisdom howl as the counter-effects of boredom take a mysterious twist.

In the Shadow—The death of a matriarch perverts the thoughts and actions of an entire family.

The Man Who Escaped—An unlikely hero faces off against unavoidable Fate in this mysterious offering.

The roots of evil clutch at the reader in these and other strangling tales. The fiction of C.A. “Tod” Robbins has been compared to the works of Edgar Allan Poe, Nathaniel Hawthorne and other masters of the weird and bizarre. In this volume, readers may savor some of Robbins’ twisted tales that have remained unavailable for decades, not collected previously in book form. 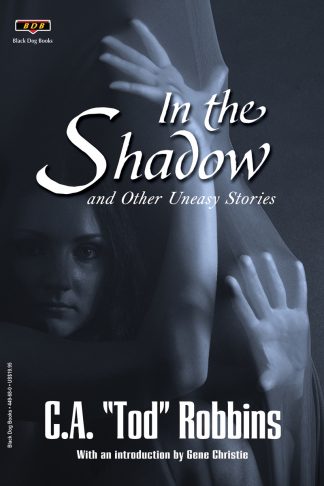 You're viewing: In the Shadow and Other Uneasy Stories by Tod Robbins $19.95
Add to cart