Customer matched zone "United States (US)"
View cart “The Voice of the Night by Hugh Pendexter” has been added to your cart.

The Voice of the Night by Hugh Pendexter

A series of baffling robberies strike the high society of New York. What could be the purpose and who could be responsible for such odd crimes? The agents of the evil mastermind, Henri Bouchard, have infiltrated all levels of society. No precious item is safe from his criminal genius.

Jefferson Fanchon, Inquirer, has been called in to decipher the events. Immediately he recognizes the hand of his old European adversary, Bouchard. But never before has Bouchard’s influence spanned the Atlantic. Why now?

The game is afoot as the great Inquirer’s legendary powers of deduction are put to the test in this series of astounding cases!

Will Bouchard win? Or will Jeff Fanchon triumph?

In the grand tradition of Sherlock Holmes, uncover the startling answers in The Voice of the Night. 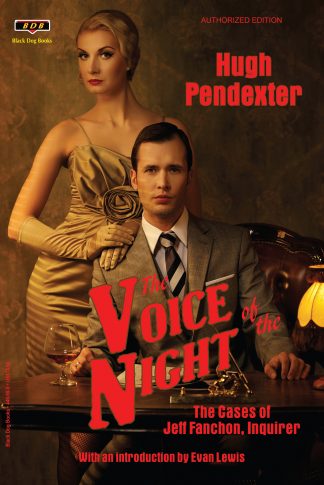 You're viewing: The Voice of the Night by Hugh Pendexter $14.95
Add to cart