Customer matched zone "United States (US)"
View cart “Fists of Fury by Lester Dent” has been added to your cart.

War-Nymphs of Venus by Ray Cummings

“One of the great names in his field.”—Sam Moskowitz

This volume collects the complete contributions to Planet Stories by one of the pioneers in the science fiction genre, and includes such previously uncollected works. 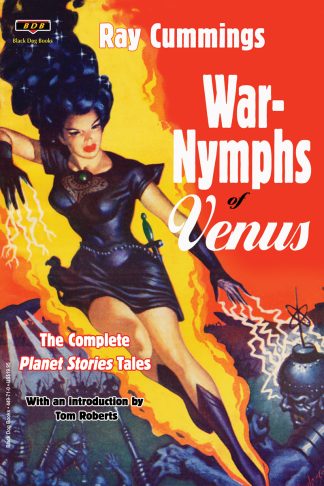 You're viewing: War-Nymphs of Venus by Ray Cummings $19.95
Add to cart