Women Are that Way by David H. Keller, MD

The collected “Amy Worth” stories

Praise for the work of David H. Keller

Descend into a world of depravity and glimpse into the most bizarre tales imaginable, showcasing Keller as a master of psychological horror.

Who would kidnap thirty-three pathetic microcephalons—and for what perverse goal?

Is the ancient axe truly cursed? Will its new owner be forced to re-enact a tragic past?

What strange magic allows the beautiful showgirl to maintain her youth and beauty for decades for a lustful audience?

Why did Johnson falsely report to police that he had brutally murdered his spouse?

What final inconvenience did the ungrateful husband cause for his domineering wife?

Obsession, prostitution, transvestitism, abuse of women and the frustrations of sexual desire are dragged to the forefront in these shocking tales as Dr. David H. Keller draws upon his extensive background as a clinical psychiatrist to probe the darker side of the human psyche. 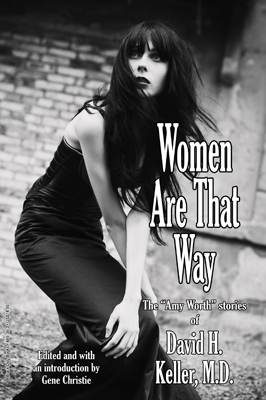