Before CSI, There Was Craig Kennedy!

Follow America’s Sherlock Holmes as he grapples with these challenging cases. Can you figure out the solutions before they’re revealed?

Scientific detective Craig Kennedy was introduced to the public when he solved “The Case of Helen Bond” in the December 1910 issue of Cosmopolitan magazine. Using science to solve baffling crimes, Kennedy came to be known as the “American Sherlock Holmes.” Aided by his Dr Watson-type sidekick, Jameson, he triumphed in 82 Cosmopolitan cases between 1910 and 1918.

Throughout the 1920s and ’30s, Craig Kennedy stories appeared in many magazines, including Flynn’s, Argosy, Dime Detective, Popular Detective, Complete Detective Novel Magazine, Everybody’s, Boys’ Life, and even Country Gentleman. With his growing popularity, it is no surprise that Kennedy moved beyond the printed word. The character inspired six feature films, a movie chapter serial, a television series and a successful radio drama.

This collection brings together seven uncollected cases of Craig Kennedy, including his only appearance in Weird Tales. 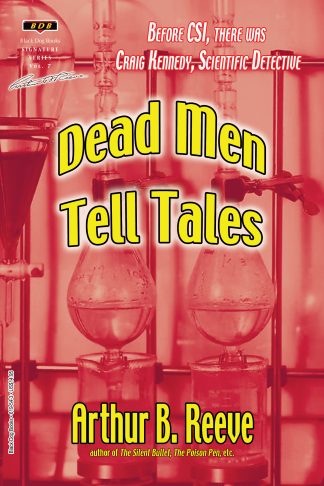