Customer matched zone "United States (US)"
View cart “War-Nymphs of Venus by Ray Cummings” has been added to your cart.

Lovers of exotic adventure will welcome this new collection. Filled with excitement and clever drama, these stories cover murder, intrigue, stolen pearls, gun smuggling, mutiny and a fight for treasure!

Albert Richard Wetjen has been compared to John Masefield, while the O. Henry Awards said “he is in direct line of succession to Joseph Conrad.”

As a writer of sea stories, Wetjen was equally adept at penning fiction for the Saturday Evening Post, Collier’s and Good Housekeeping, while also catering to readers in Blue Book, Adventure and Action Stories.

Wetjen left home at age thirteen for a life at sea, carrying on the traditions of his sailing forefathers. These stories vividly display his intimate knowledge of the habits of sailors.

But this collection is more than just a chronicle of man’s struggle against the relentless sea. Grim humor, pathos and tragedy are skillfully blended to make Paths of Fire entertaining from cover to cover.

With a biographical introduction by Tom Roberts. 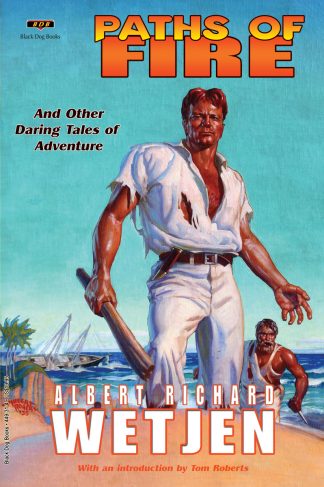 You're viewing: Paths of Fire by Albert Richard Wetjen $19.95
Add to cart