Customer matched zone "United States (US)"
View cart “South of Sulu by George F. Worts” has been added to your cart.

The Juggernaut of Terror by Carl McK. Saunders (Philip Ketchum)

Cases from the career of “Hard-Boiled” Captain John Murdock

Central City runs red from gangland war. Corruption and political graft undermine authority to the highest levels. In steps Captain John Murdock, Chief of Detectives, whose only interest is to do his job. Unpopular with both the media and with his superiors, nevertheless Murdock’s methods gets results,—whether battling blackmailers, bootleggers, drug runners or organized crime!

Collected are the initial twenty stories in this long-running, reader favorite series. 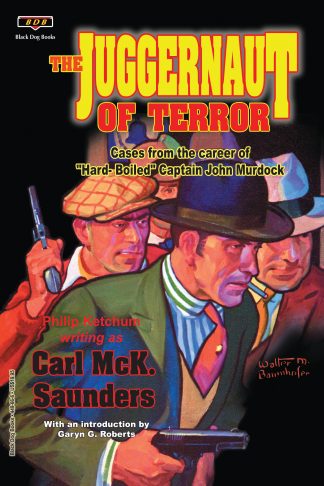 You're viewing: The Juggernaut of Terror by Carl McK. Saunders (Philip Ketchum) $19.95
Add to cart