The People of the Pit by Gene Christie (editor)

Long before the stories in Weird Tales sent shivers down the spine, far in advance of the groundbreaking Dracula, Frankenstein and similar Universal horror films of the 1930s, Frank A. Munsey’s pulp magazines were thrilling millions of readers with edge-of-your-seat tales of terror by fledging authors who would go on to dominate American popular literature.

With a foreword by Robert Weinberg, author of Horror of the 20th Century. 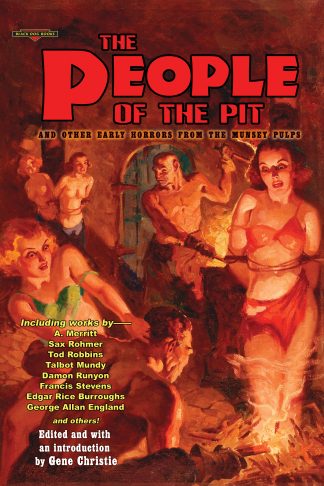 You're viewing: The People of the Pit by Gene Christie (editor) $19.95
Add to cart