The Red Road to Shamballah by Perley Poore Sheehan

The weird and startling adventures of Shattuck.

The weird and startling adventures of American Pelham Rutledge Shattuck, known as Shadak Khan in Tibet, the Land of Ancient Mystery.

For two times two thousand years has the coming of Shadak Khan been predicted. Now a new age dawns.

In the Himalayas, at the Roof of the World, Pelham Shattuck finds his destiny when an ancient monk bestows upon him the legendary sword of Kubla Khan. Wielding this sacred weapon, Shattuck sets off to reunite an empire—and create the fabled Shamballah!

With the assistance of Champala, the mystic disciple of Buddha, and Juma, the hard-tempered Kirghiz robber chief, Shattuck fights his way through the high mountains and into the deserts of China with enemies and magic at every turn.

Will Shattuck fulfill the prophecy before the monks of the Black Arts can stop him? To find out, read the thrilling adventure in The Red Road to Shamballah. 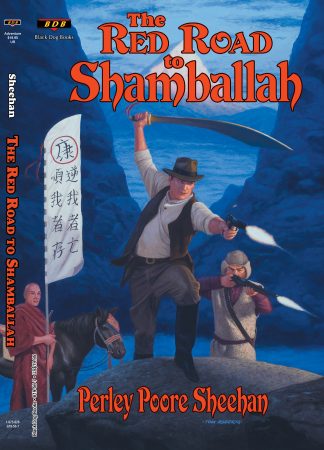 You're viewing: The Red Road to Shamballah by Perley Poore Sheehan $14.95
Add to cart