The Johannesburg Conspiracy: The Collected Adventures of Matthew Quin

The Collected Adventures of Matthew Quin

Return to a time when the world was not fully mapped, the lure of adventure was strong and Africa was still the Dark Continent.

Journey to the far corners of the globe as Matthew Quin, big game hunter extraordinaire, seeks to capture wildlife for Hamrach & Co. Along the way Quin discovers that vipers, scorpions, tigers and all manner of beasts often walk on Earth in the two-legged variety.

Also included is the novel, In Wildest Africa, in which Matthew Quin encounters Teddy Roosevelt on an African Safari!

Compiled and with an introduction by Georges T. Dodds, Ph.D 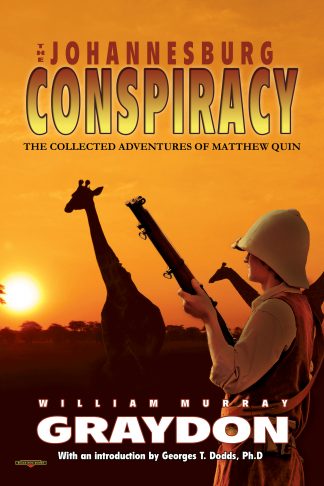 You're viewing: The Johannesburg Conspiracy: The Collected Adventures of Matthew Quin $19.95
Add to cart